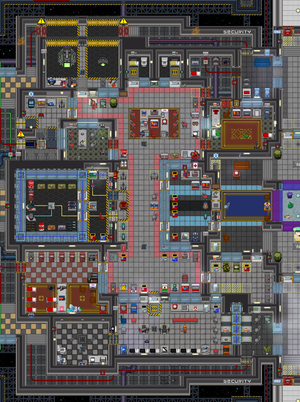 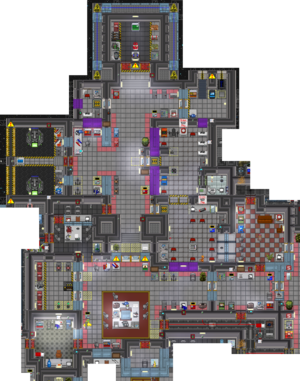 [[File:DestinySecurity.png|thumb|Your main base. Wow! Look how much budget security has!] 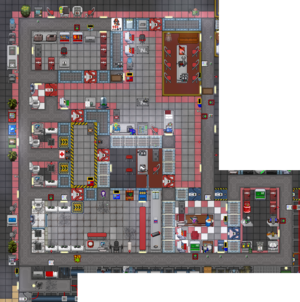 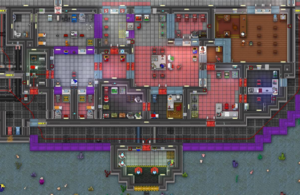 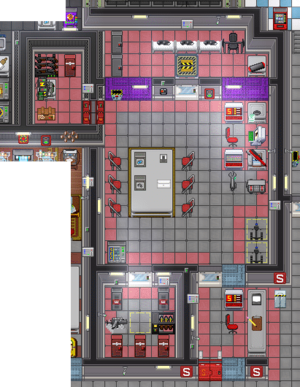 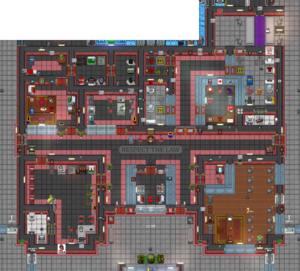 A Security assistant is a newly employed agent, sent to support the security department when everything falls apart needed. As a shittier security officer, security assistants are expected to follow basic protocol by complying to chain of command, and avoiding excessive incarceration, murder, and extreme brutality.

As Security's little helper, they often don't hold as many duties (or responsibilities) as officers. Their difficulty is also marginally less as security officers, detectives, and the HOS usually allow for assistants to have spare time to learn and help if they want.

The result is a role that allows NEW players to practice or learn security practices, without the pressure of protecting the station from external threats every minute. The role can also be used by veteran players when they want to play a relatively chill sec round.

When Can I Play Security Assistant?

Security Assistant requires 5 rounds played. You can play as whatever job you'd like, and what server you played on and whether the server was RP or not don't matter either. The important thing is that a round counts for the timelock if:

If 5 rounds doesn't like a huge barrier to entry, that's the point. There's a time requirement in the first place because the role's is a little more intense than more relaxed newbie-friendly roles like Janitor and Botanist, but since it's a trainee role that isn't meant to be too intense, it's a lot lower the requirement for Security Officer, which is 30 rounds. This isn't a knowledge gate; you can still be learning some things! It's just there to make learning other things about this role easier.

By the time you have those rounds, you hopefully have a good grasp of the controls, because if you think trying to learn how to be a good Space Law enforcer is hard, imagine trying to learn it when you don't even know how to put on a pair of shoes or what a Traitor is, much less whether a Traitor should get jailtime or fines for stealing shoes--and imagine how hard it is for your teacher! Moreover, the work environment is somewhat dangerous, since you can expect to see combat and maybe die, and people sometimes have unrealistic expectations of you, both things you probably won't like when starting out.

Basically, the timelock is there to help ease you into a role that, while relatively low-profile compared to full Security roles like Security Officer or Detective that have much more responsibilities, can still be fairly challenging (in multiple ways) and demands more from you than something like say, Chef. It's not about producing someone who has encyclopedic knowledge of game mechanics or an exemplar rules-abiding citizen, but knowing a few things about the game and being familiar with the Goonstation's Rules definitely still helps.

Your initiative is to help other sec members, be it detectives, officers, or even other assistants, in ensuring the safety and order of the station. Be it with helping to find a threat, helping to detain him, or updating their record when brigged or released. Certain duties like dealing with top priority threats is best left with to the big guys, while less dangerous and dare say TEDIOUS tasks can be done yourself. Some such "work" may include;

When you arrive, you'll be equipped with SecHUD shades, a sec radio headset, a Sec PDA, and a security pouch with flashes, handcuffs, whistle, and ONE donut inside. Press :g to use the security channel. Your sec PDA reveals several features after you click files, including a Ticket Master, Forensic scanner, Port a Brig remote, and Security records. The PDA also has a Security Crisis Alert function at the top left of the screen that replaces the flashlight, which allows you to send an urgent message sharing your location to all Security, Engineering and Medical PDAs. In order to keep you at bay ease you into Security, you don’t have much as the cool stuff that the Security Officers have, but, you will barely go into combat anyway, and you will most likely only be arresting small violators. You should still be mindful and you should not brutally flash someone’s innocent eyes, or, brig anyone that does not warrant a arrest (which you most likely won’t be doing anyway).

You also start out with an assistant's requisition token which, when used on a security weapons vendor, gives;

Using a Security Records Computer is an overlooked but integral practice all Security assistants should learn to perfect. Procedures in using one depend on your goal, be it searching for fingerprint matches to setting someone to arrest, but the general procedures are to;

As a Security Assistant, you have no assigned objective to do before the end of the round. However, you should still help Security out the best you can and do your job to protect the Station.