Monkeys, the other featherless biped on the station. A few monkeys can be found in various places on the map, but most monkeys reside in Genetics's monkey pen and (oddly enough) ValuChimp vending machines in Chemistry and the Kitchen. Some monkeys, however, are controlled by players. It's possible to sign up as a monkey through the Test Subject gimmick job, Changelings can transform into monkeys through the Lesser Form ability, geneticists can transform people into monkeys, and eating a monkey cheeseburger may rarely transform you into a monkey.

They used to show up in the game mode bearing their namesake, where they were viral in nature and existed to infect humans into more monkeys. This game mode was sadly discontinued because it was shit.

Regardless of whether it's controlled by a human player or a computer, every monkey has these following traits:

In addition, monkeys that are controlled by players and monkeys that are just NPCs have a few differences, primarily in the realm of resources they give to certain antagonists. NPC monkeys usually give less rewards than what a normal human might give or even none at all. For example, Vampires cannot suck blood from NPC monkeys, and Blobs get only one Evo Point rather than 4. However, monkeys controlled by players give the same benefits as usual humans, e.g. though Changelings cannot absorb NPC monkeys, they can absorb player monkeys, just like with regular humans.

Furthermore, player monkeys must be dead before they can be put into a enzymatic reclaimer or put on a meat spike for monkey meat (they need to be dead to be put into a gibber too, but that's the way for all mobs).

Being small and hairy is not all fun and games. These are some things to keep in mind:

Most NPC monkeys spawn one of many, many randomly chosen names, absolutely chockful of references. There're names like "COBOL", "Professor Elemental", "Legolas", "DaVinci", "Horatio Jiggle", "Doc Brown", "Mr. Sledra" (an Admin from long ago), and, what's probably the most mundane, "help me im turn into an monkies".

As previously mentioned, NPC monkeys give less resources to certain antagonists that absorb victims for points and/or supplies, e.g. Werewolf gets less healing and no points or stamina boosts from NPC monkeys, while Vampire cannot drink from NPC monkeys at all. Again, these do not apply to monkeys controlled by players, who work as they would with a normal human.

NPC monkeys randomly move about and occasionally say randomly generated phrases like "Need 400 credits" or "Want PDA". When monkeys are around humans, they're rather jerks. They sometimes attempt to pick something out of your pocket or randomly disarm you, shoving you to the ground or knocking something out of your hand. Monkeys also like to pick up guns and other weapons off the ground.

Monkeys are smart enough to try to unbuckle themselves and break out of handcuffs and similar, but not so much with blindfolds or bedsheets. Not that anyone's complaining; monkeys are absolutely oblivious when blinded and won't attempt to fight back or really do anything. In addition, if put in a vehicle, monkeys will attempt to dismount it, and if frozen in a block of ice through cryostylane, they'll attempt to break out.

Monkeys will fight back if you hit them or if a Critter or Wraith-animated object attacks them. Monkeys don't monkey around when fighting. If they see a toolbox, extinguisher, or other melee weapon, they'll pick it up and try to beat/stab you with it. If they find a knife or fork, they'll chuck it at you with alarming accuracy. They won't hesitate to take a gun and shoot you with it, even if it's a gun that'll make them shoot themselves.

Certain jobs handle NPC monkeys on a regular basis. For example, the Chef slaughters monkeys for meat. Geneticists often use monkeys for genetics work, while Scientists use them for testing chemical concoctions. Proper care must be taken not to provoke them.

There are some NPC monkeys that are a little different from other monkeys. They have a unique, static name and spawn in certain locations on each map. They always wear clothes that vaguely resemble those of the humans of the spaces they dwell in.

Every map has a Monsieur Stirstir, easily recognizable by his bright orange beret and jumpsuit. The couple Mr. and Mrs. Muggles wear blue and magenta jumpsuits, honoring the uniforms of the first spacepeople. Mr. Rathen wears a yellow jumpsuit, while Krimpus has a Botanist's one. Albert, an ever intrepid explorer, wears the standard grey space suit and helmet set, which has a unique sprite for monkeys, while Oppenheimer dons an evil red space suit and helmet that has a similarly unique sprite. ???? starts with a horse mask that's difficult to remove. Tanhony, meanwhile, forgoes jumpsuits and masks, and wears a paper hat, like someone who should be a Captain or HoP.

"More fun than a ValuChimp!"

Traitor Staff Assistants, Geneticists, and Test Subjects can order a few special monkeys through the barrel of monkeys item. They spawn inside a "mysterious barrel", and when the corresponding signaller is activated, 5-6 angry bandanna-wearing monkeys will pop out.

Normal monkey AI is pretty bad enough, but these monkeys are even worse. They'll throw items more often, so you can expect plenty of utensils and air tanks achieving flight and crash-landing into you. More importantly, and far worse, unlike their non-barrel-brethren, they keep on attacking you even when you're in critical condition, and they'll try to fight everyone they see, including the one who released them, even if they're just looking at them funny. 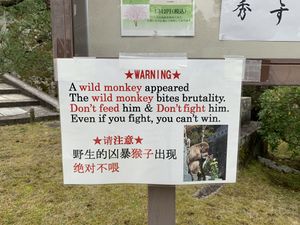