Named after the distinct shape of its hull, Manta is the second underwater-themed map to arrive on Goonstation and the first ship map to be set underwater. Created by admin & spriter Azungar with the help of several other admins, coders, mentors and community members, it was released to the public in September 2019 after several months of teasers and tests.

Though the NSS Manta is a slick new vessel, it still needs tuning and fixing from time to time. If you notice something missing or malfunctioning or want to make a suggestion, however small, however big, be sure to visit the Official Manta FIX THIS SHIT! thread.

In real life, submarines require highly-advanced hydraulics and other mechanical systems to move, but here in the comfortably soft sci-fi universe of SS13, you start and stop the Manta through a simple computer, called the lever console, that's locked to Heads of Staff and is located in the Bridge. There's a big server-wide announcement every time the ship stops and goes, accompanied by a brief screen shake, and once you pull the lever, you can't touch it again until at least five minutes have passed, so drive with care.

When you are in the rest or horizontal position, you'll receive a "knocked-down effect", which slows your movement through the ocean. In addition, all the sponges, seaweed, kelp, coral, and other flora and fauna disappear. They're actually still there, just invisible; you can cut them if you right click the tile there's on and choose Interact and such. Also, the eight propellers become active; currently, they don't consume any power or anything, but it is a Bad Idea to go near them. Finally, explosions can't make holes into Trench like they do on Oshan. Speaking of which, like Oshan, while you still need air when exploring the water, the water's shallow enough that you don't need a diving suit.

If you only have flippers on, you'll only be able to remain in place when swimming against the current. To actually safely transverse the seas when the ship is moving, you need to either:

If you have the diving equipment or equivalent and internals, you could try going to the Tunnel Snake Mining Rig. However, the path to it might have sharkdrones, fishdrones, and other hazards, and you might not even be able to get to it without mining tools, so if you're not prepared for either, it's better to stay where you are and call for help. 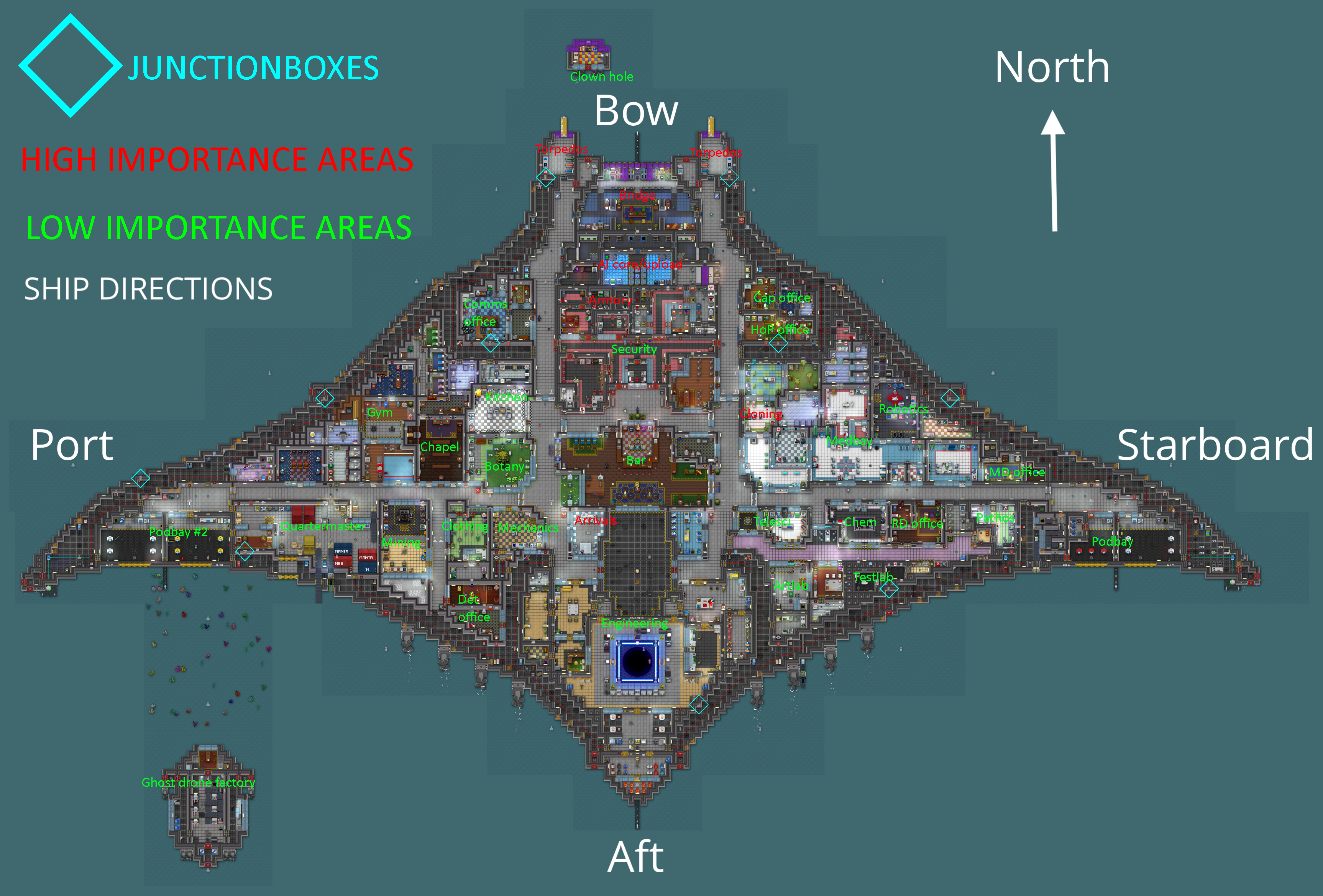