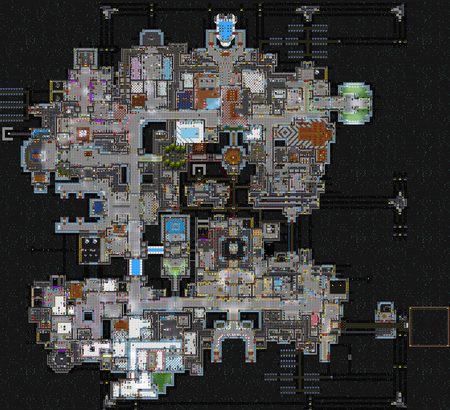 Cogmap 1 is one of the possible maps for the Goonstation and Goonstation Roleplay servers, designed primarily by Dr. Cogwerks. For a time, it was the only map run by Goonstation servers, introduced after Mushroom Station and before Cogmap2. It was retired in December 2015 and unretired in April 2017 to better accommodate the generally low-medium server population sizes.

Note: This map only appears in the Map Vote if the server's player count is below 80, i.e. it won't appear if it's above 80.

Note 2: On the RP servers, this map only appears in the Map Vote if at least 14 players are online when Map Vote begins.

After its rebut, retirement, and reintroduction, it was the first map to: