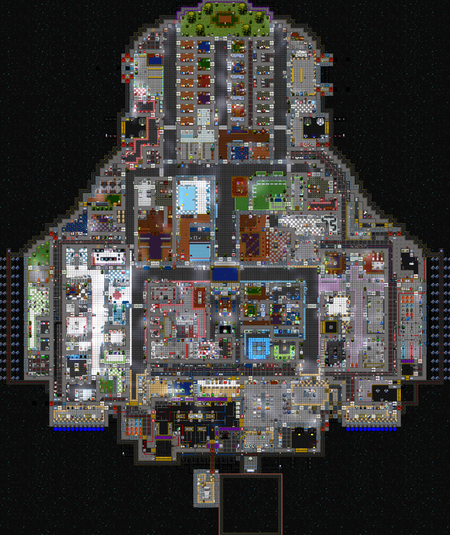 Note 2: On the RP servers, Goonstation Roleplay 3: Morty and Goonstation Roleplay 4: Sylvester, this map is a little different: the pods in the public pod bay start off locked. You might be lucky enough to spawn with a code for one of the pods. Otherwise, they are the same map across all the official servers, running the same codebase, so almost everything is interchangeable.