Sometimes, you'll find some safes in and around the station that you may want to access the contents of. Maybe it's the safe in the Captain's Quarters, where the captain has sneakily placed their spare ID inside. Perhaps it's the VIP's special case they always keep on their person, likely containing valuable trade secrets (or just a cheeseburger). Or, just maybe, you've found a locked safe somewhere in the debris field and you want it open to access the potentially valuable goods inside. Look no further, as this guide will teach you how to crack safes, pods, secure briefcases or anything else that uses a similar lock system lickity split!

Breaking the Bank: How to Hack Open a Safe

Each safe code is a combination of 4 numbers/letters from 0-9 and/or A-F. First, input any combination into the safe. It is recommended to do each row once at a time starting with 789A and moving downwards to help with remembering what characters you've already done. When you press enter and get the wrong combination, the safe will make a number of beeps or boops or no sound at all, indicated in the chat box on the right side of your screen.

So to crack the safe, the first thing you’ll want to do is go through and press every character in order. First, input the top row of numbers and characters (789A). If you get any beeps or boops, go back and test each character fully on the keypad (for example, 8888). This way, you can verify quickly what rows are dead rows that don't contain any characters at all. You’ll want to make note of which characters make noises (either beeps or boops) and also keep track of one letter/number that doesn’t make any noise at all to be used as a "garbage" character. It is recommended to say these out loud by using t as you can scroll up and down the chat box. Once you’ve done that and identified the 4 characters in the password, you’ll want to make use of your garbage character to figure out the final code.

First, put one of your characters into one of the slots on the safe, then surround it with your garbage character. Repeat until you get a beep with the character, which will confirm the position of it. You can then move onto another character and repeat the same process until you can reasonably guess which numbers and/or letters go where.

When you've cracked the code, the safe will flash a !OK! along with a message in the chatbox indicating it's been unlocked. To access the contents, click+drag the safe onto your character sprite. You can then re-lock the safe using the same code if you don't want anyone knowing someone's accessed their safe. 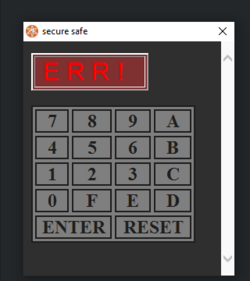 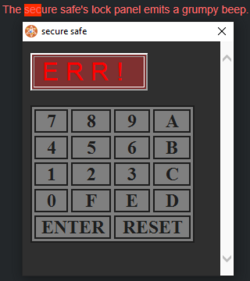 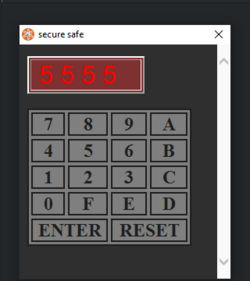 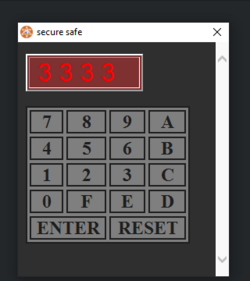 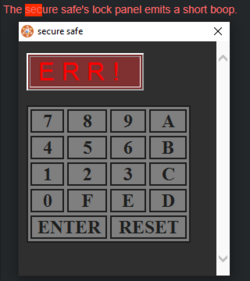 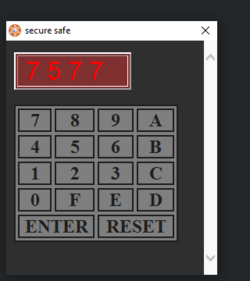 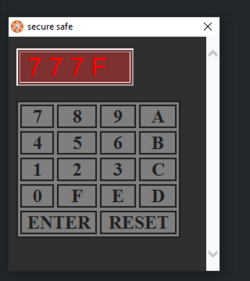 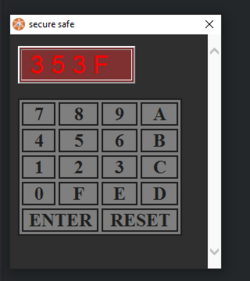 Too Complicated? No Time? Not to Worry, Resort to (more) Crime!

Maybe you're in a rush, or you just can't figure out how to crack it for the life of you. That's a-ok if you're a Traitor. By ordering an EMAG from your traitor PDA or acquiring one via a bounty, you can simply swipe your card onto the lock system of your choice to instantly short it out, unlocking all the precious goods that await you inside. Just don't do it around other people, as the effect can be fairly obvious to those in the know. Note that this does not work on pod locks however, so you'll have to hack them the traditional way.