Difference between revisions of "Space Pod" 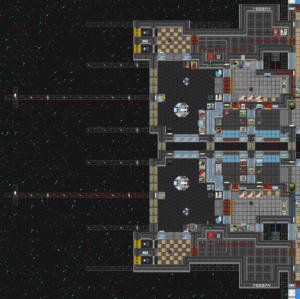 Note: On the the Goonstation Roleplay 3: Morty and Goonstation Roleplay 4: Sylvester servers, "RP Mode" is on, meaning public pods spawn locked. You can randomly get the codes for them sometimes when your character spawns. Speaking of codes, other times, you may spawn knowing a code for one of the pods at the Space Diner. 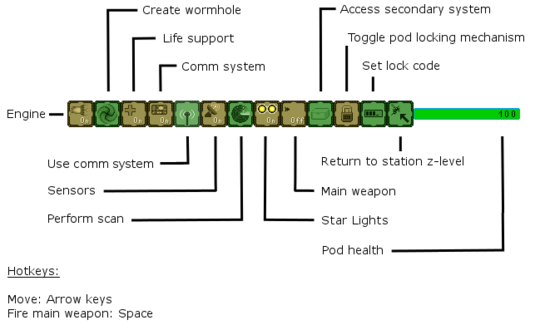 MiniPutts use the same armor plating as the larger pods, and can be upgraded with the same components. They're usually quite fast, though they tend to be lacking in health.

Certain Pod Bays are equipped with a ship component fabricator capable of manufacturing the parts needed to make a space-worthy pod. However, this is not your average puzzle or toy building blocks set! This dirty, hard and laborious process requires patience and a bit of materials. Minisub parts replace MiniPutt parts on underwater stations.