Difference between revisions of "Detective"

Smoke. Drink. Monologue.
The Detective is responsible for investigating crimes on the station. While security will hopefully quickly note a rampaging traitor with a bloody c-saber in their hands, stealthy antagonists can easily slip beneath the radar and carry out their tasks without regular officers noticing. The detective is well-equipped for investigation but not for actually going out and arresting people. Detectives should remember that while they are part of security, they are not security officers and lack access to the security equipment lockers.

On your person, you start with: 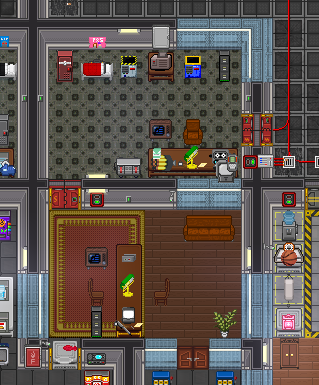 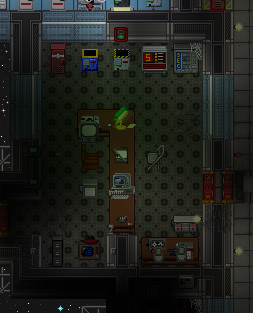 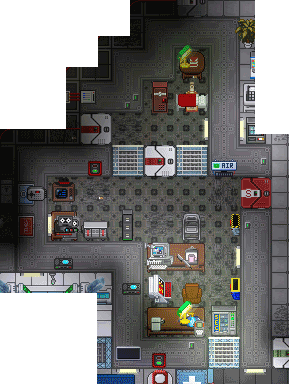 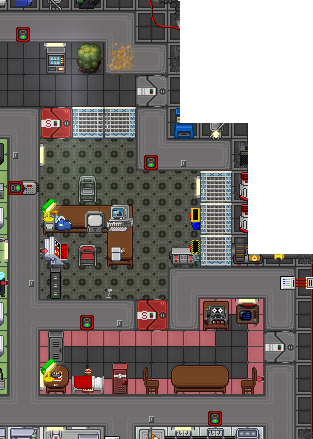 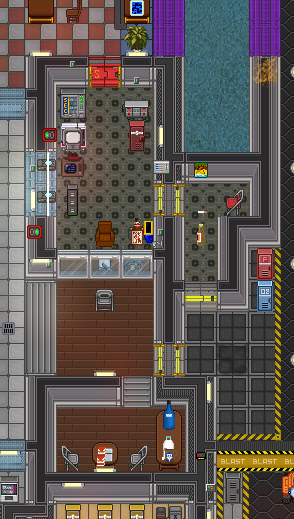 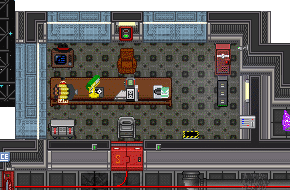 The detective's office, in addition to its sleek noir style, features a few useful items:

A fashionable, novel toolkit for your detective essentials, found in the locker in your office. Shove any of the items accepted below, and when you say/mention the hat's activation phrase with the name of the item, the hat will put it in your hands (or, in the case of cigarettes, your mouth or your hand) or drop it on the floor if your hands are full.

The hat accepts the following items:

By default, the activation phrase is "go go gadget" but using the Set Activation Phrase command will allow you to change it. In addition, The hat will only listen to its wearer...but due to the way the hat is coded, it will also listen to anyone standing on the same tile as you, e.g. someone farting on your face.

A good detective should be familiar with the abilities and gear of the station's varied antagonists as well as the fundamentals of forensic systems.

If you have enough evidence to support arresting someone who has not committed an overt act of treason, alert security over the secure frequency and set their status to Arrest in the security records. This will have Officer Beepsky and other active securitrons attempt to detain the target. The detective can assist in arrests, but with no armor or taser, should leave the heavy lifting to security officers.

Many interactions with and between crew members, items, doors, machinery, and many other things leave behind fingerprints, which can naturally be traced:

Because this is the future, rather than spraying dust or pressing ink to find fingerprints, you can scan people and objects for prints simply by clicking on them with a forensic scanner.

Everyone's prints are already on file in the security database, though these records can be deleted or tampered with and don't include non-NT personnel, namely Nuclear Operatives and Wizards. You can then click on a forensic scanner or use the key to activate something in-hand (usually C or PgDown); this will prompt you to enter a string of letters for the DNA print, and the scanner will attempt to search through the records for a match. The security records can also be assessed at the detective's file cabinet (Search Records) or a regular security terminal.

Gloves obscure the fingerprints of the wearer, but at least provide you with a couple of clues. Aside from an unique glove ID, every pair of gloves is made of fibers that can be attributed to a certain material:

As with prints, scanning blood with a forensic scanner gives the DNA of the blood. You can then click on the scanner or use the key to activate something in-hand (usually C or PgDown) to search through the Security database for a match. The detective's file cabinet (Search Records) or a regular security terminal can be used for much the same purpose.

For blood stains in particular, you use a BloodTrak to attempt to pinpoint the blood's owner owner. If you click on a blood puddle that's still fresh with the scanner and stand still, it will give you a rough direction of where the blood DNA match is located relative to the scanner.

Ballistic fingerprinting is another of the forensic scanner's applications for weapons which leave physical evidence behind. The scanner will indicate gunshot wounds on a body, and a forensic profile can then be created for bullets dug out of said corpse, or in other words link that revolver you found on a suspect to the murder in question. The forensic signature of kinetic firearms as well as certain energy guns (e.g. lasers and phasers) can also be isolated from bullet holes in the walls of the station.

In addition, firing a kinetic firearm leaves detectable residue on the shooter, as well as spent casings on the floor. Looking at casings closely can give you a rough idea of the caliber, type of ammunition and firearm used to commit the crime. Consider that only a handful of jobs (for instance the HoS, Medical Director and barman) have legitimate access to such weapons.

Another tool for gathering evidence is simple vigilance and observation. In absence of a smoking gun, detectives often have to work out traitors based on suspicious behavior, tailing people and listening to the communications from the rest of the crew. Occasionally checking in on really sensitive areas such as the armory, AI upload, or mixing lab can avert serious disaster. Checking out waste disposal or garbage chutes can uncover murder victims or hastily stashed gear.

The camera and audio logger are great tools if you can catch traitors in the act of doing something suspicious. Some traitors, when aware that the heat is on, may clean and/or ditch their gear, take a shower to wash off forensic evidence and then attempt to bullshit their way out of imprisonment. Solid evidence is much harder to argue against.

You can, obviously, use the camera to take photos of people, objects, etc. in one tile as photographic evidence. For example, you might take some pics of the perp you spotted making bombs or choking someone. Meanwhile, the tape recorder/audio logger will record your voice, and yours only, if you hold it. If you put it down on the floor, it'll pick up anything said in a room within a roughly 7 tile radius. It can also be hidden under a backpack or something to surreptitiously record a conversation.

Speaking of recording, your Forensics equipment locker has a special kit with "spy stickers" that basically work like audio bugs. They broadcast to the Security frequency and relay audio within 7 tiles of it. Somewhat limited, but has a bit of utility if you get creative. Stick on someone to bug them! Stick on a random item, put it in a pile, and use Move to Top on the other items to hide it away! Stick on Beepsky and other roaming robots! Just remember: click on the sticker to configure the microphone and speaker.

Yes, it's possible to quantify/abstract exactly how hardboiled you are. There's actually currently no way to earn it, but that's fine, because the current rewards are all 0-level, meaning you don't need any XP at all to use them. You can redeem these Job Rewards through the Check Job Rewards command in the Commands tab.

As a loyal crew member, you can sometimes be assigned some strictly optional objectives to keep yourself busy while you wait for something to happen. As a detective, you can expect to see the following:


Ensure that you are still wearing your coat, hat and uniform at the end of the round
Just don't get mugged, which is very unlikely.

Make sure you are smoking at the end of the round
Just make sure you have your smokes and your zippo, and light up when you're in the escape shuttle.

Make sure there is alcohol in your system at the end of the round
Keep your Bo Jack Daniels on you and take a swig on the shuttle. Before or after lighting up.

The Syndicate detective may order custom ammunition for his revolver. Aside from that, he has a lot of other options to work with. Most captains and HoPs won't object to giving you security access, letting you load up on weaponry. The AI can generally be convinced to let you in wherever if you say it needs investigating. The security records can be tampered with to accomplish a variety of tasks, not just sending Officer Beepsky after the captain and deleting your own record, but also altering fingerprints to frame someone else for possession of traitor gear. Cloaking devices are also handy, as you already control one of the two thermals on the station.