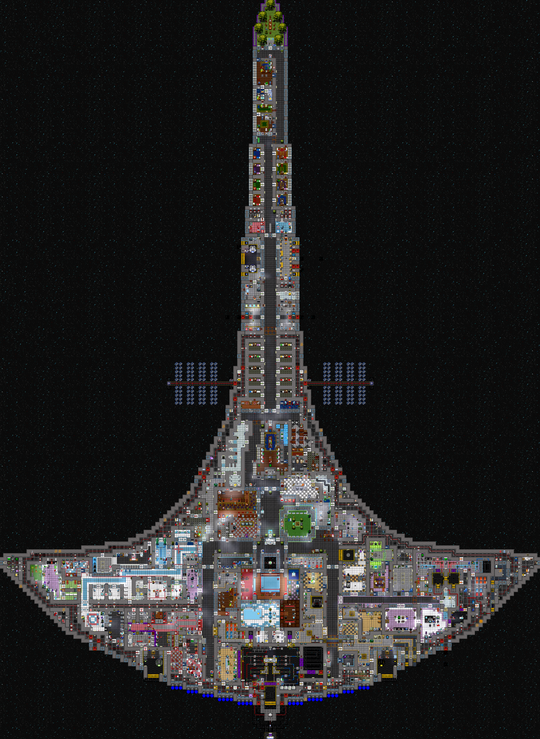 Destiny is one of the current maps used by both the Goonstation Classic and Goonstation Roleplay servers. It was originally designed by a reddit user named by bradleylauchlin, but its Goonstation version was created/ported over by the admin Haine. Originally, it was just meant for the RP server (back when there was only one Goon RP server), but it was introduced as a Map Vote choice for the main Goonstation server (then called LLJK2, which again was the only Goonstation non-RP server) in November 2017. You can visit this forum thread to learn more about its history,