From Space Station 13 Wiki
Revision as of 02:19, 16 September 2019 by Studenterhue (talk | contribs) (Update Mining Outpost image, move it and the Wizard's Den with the other locations not on the station z-level)
(diff) ← Older revision | Latest revision (diff) | Newer revision → (diff)
Jump to: navigation, search 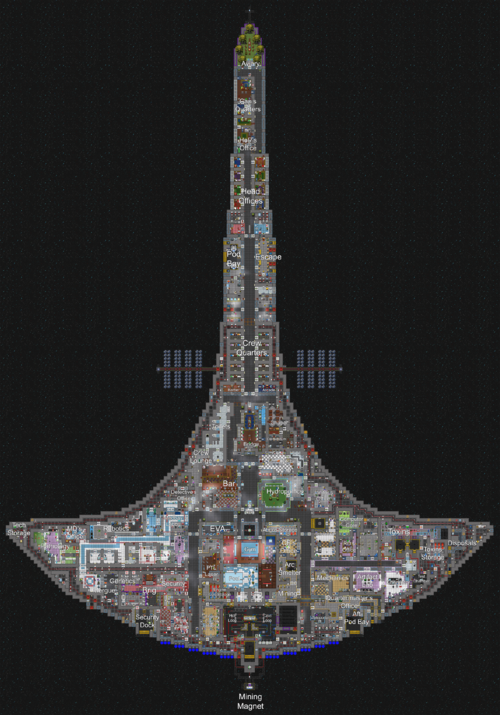 Destiny is one of the current maps used by the Goon #2 and its sister RP server, Goon RP #1. It was originally designed by a reddit user named by bradleylauchlin, but its Goonstation version was created/ported over by the admin Haine. Originally, it was just meant for the RP server, but it was introduced as a Map Vote choice for Goon#2 (then called LLJK2) in November 2017.

Visit this forum thread to learn more about its history, and visit this Official FIX THIS SHIT Thread to report any bugs with the map.

Note: Be advised that Destiny and all the other maps run off the same codebase, so almost everything is interchangeable.