Difference between revisions of "Cogmap2" 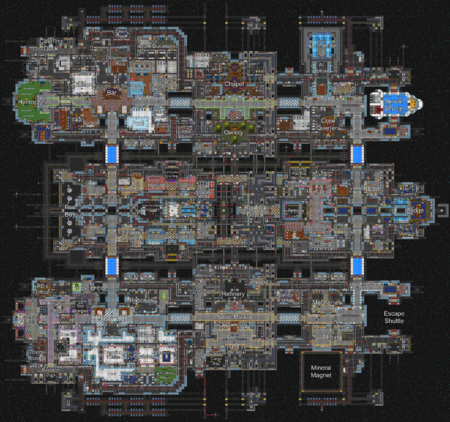 Cogmap2 is one of the many maps currently available in the Map Vote for Goonstation and Goonstation Roleplay. It used to be the only map on the Goonstation servers until it was retired in April 2017 because it had gotten too large for the current population sizes. Its predecessor Cogmap1 took its place, though it was occasionally unretired by Admins when server population was high enough. It officially came out of retirement in November 2017, alongside the introduction of the Map Vote, and is now here to stay (probably).