Ass Jam is a Goonstation-exclusive holiday that occurs on the 13th of every month on the Goonstation Overflow server/Goon #4 (and only there), where all sorts of wacky and zany features are enabled and admins, mentors, and players alike can enjoy 24 hours of chaos, anarchy, and shenanigans. It started in April 2020, as a rebranding of `Ass Day that focused less on rampant Grief and more on the beautifully strange and strangely beautiful quirkiness that makes Goonstation, and arguably SS13 in general, so compelling.

Suffice to say, it's somewhat more difficult to learn the game than normal on this day. If you're thinking of trying Goonstation or SS13 on this day, do it if you want, but realize you do so at your own peril and recognize this is not normal gameplay. 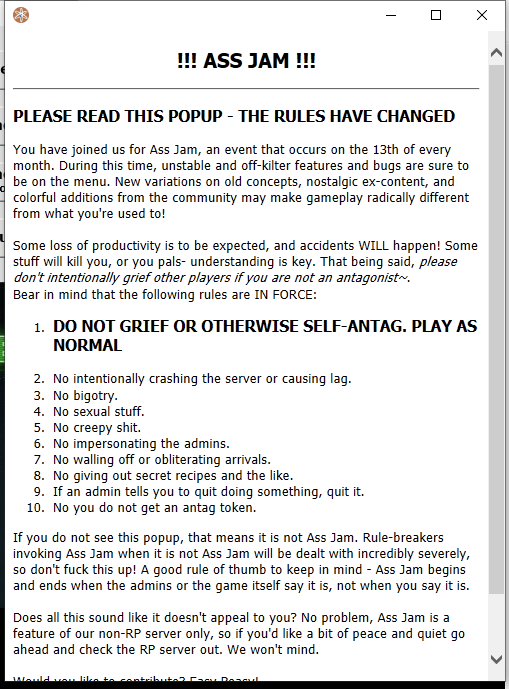 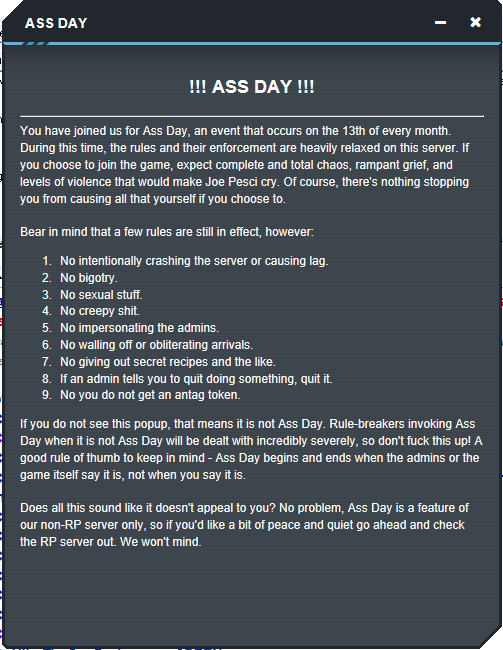